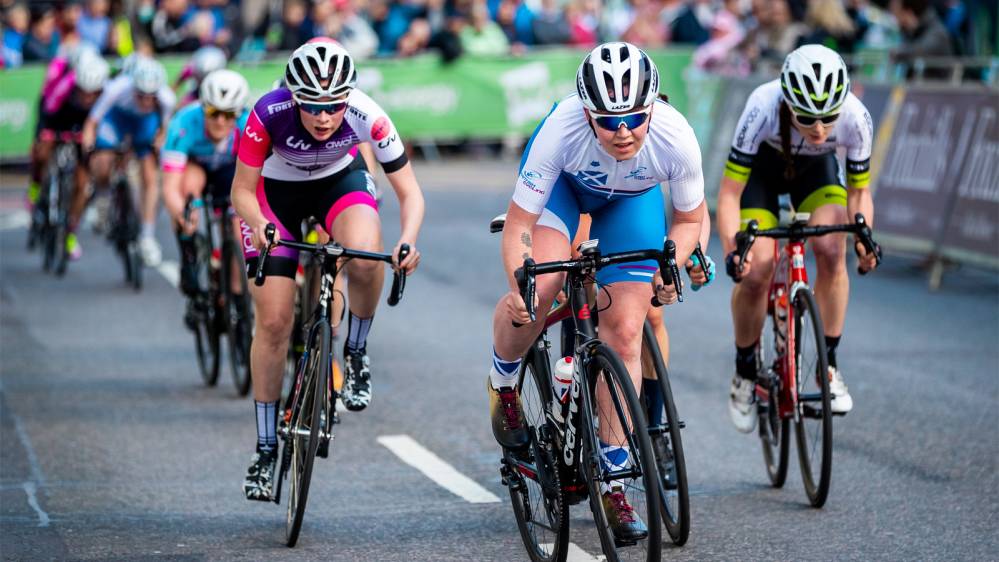 Stranraer will welcome Britain’s leading male and female cyclists when it hosts the Tour Series, the fun, free and family-friendly cycling event, in May.

Stranraer will welcome Britain’s leading male and female cyclists when it hosts the Tour Series, the fun, free and family-friendly cycling event, in May.

The Toon will host round four of the leading televised cycle race series on Thursday 12 May, adding to Dumfries & Galloway’s already strong ties to the sport.

Now in its 13th year, the Tour Series remains unique in professional cycling owing to its team-based format. Highlights of both the men’s and women’s races will once again be broadcast on ITV4.

This new-for-2022 round will take place in the heart of the Stranraer, starting and finishing adjacent to its harbour and marina. Riders will also pass by the Castle of St. John, which dates back to the 16th century, and the Stranraer Museum during the 1km (0.6mi) lap that twists its way through the town.

Last year’s round in Castle Douglas saw the Ribble Weldtite Pro Cycling and CAMS – Basso teams crowned as the men’s and women’s champions respectively. Both teams are expected to race for glory in Stranraer in May.

Mick Bennett, Tour Series race director, said: “The people of Dumfries and Galloway have always got behind our events so, following on from the success of last year’s Tour Series round in Castle Douglas, we’re delighted to be returning in 2022. We’ve never been able to take an event to Stranraer before – until now that is, so I’d like to thank everybody involved in bringing the Tour Series to the Toon. We’re looking forward to visiting in May for what promises to be a day of action-packed, free-to-watch sport!”

A Dumfries and Galloway Council spokesperson said: “Stranraer’s scenic and compact town centre is absolutely ideal for the Tour Series and the great spectator experience that comes with it. The Council is thrilled to bring world class cycling to Wigtownshire, and to continue our long-term partnership with SweetSpot, the parent body of the Tour of Britain and Tour Series. We welcome cyclists to spend time in our beautiful region, and enjoy our many trails and quiet country roads.”

Paul Bush OBE, VisitScotland Director of Events, said: “EventScotland is delighted to be supporting the return of the Tour Series to Dumfries and Galloway as Stranraer hosts the round four of this unique cycling event. “Scotland has a strong association with the Tour Series having hosted at least one round since the events inception in 2012 and this year forms part of an exciting calendar of cycling events take place across the country as we builds towards host the first-ever UCI Cycling World Championships in 2023.”

Five rounds for the 2022 series have already been announced: Guisborough will host the opener once again on Bank Holiday Monday (2 May), with Sunderland also returning for a second year running on Tuesday 10 May. In between those will be a first-ever visit to Galashiels in the Scottish Borders (Wednesday 4 May).

Round five takes place in Clacton-on-Sea (Thursday 19 May), before the series visits London for the first time since 2018 when Barking hosts what promises to be one of the quickest rounds in history on Saturday 21 May. Further details of this year’s series will be announced in the coming weeks.